Anne Pro 2 and how I improved my typing skills

One of my new year resolutions for 2019 was to write more on this blog and we will see in December if I achieved that. Another 2019 non-written resolution was to improve my typing skills. Unfortunately until some months ago I was just used to Italian keyboards, which (shame on me) is what I used for my entire life. In addition to that I had a completely wrong way of typing (just to make an example, I wasn't able to use pinkies). Despite that, my typing speed was 55wpm, which is decent if you consider the avarage speed is 40wpm.

As always when I decide to improve an area of knowledge, I tend to look every detail. Long story short, while improving my typing skills, I fell into mech keyboards world and I became really passionate with it. I started with a cheap 68% MagicForce keyboard and immdiately after I bought an Anne Pro 2, a pretty cool 40% keyboard with a good quality-price ratio (I bought it for around 80€ from CandyKeys). 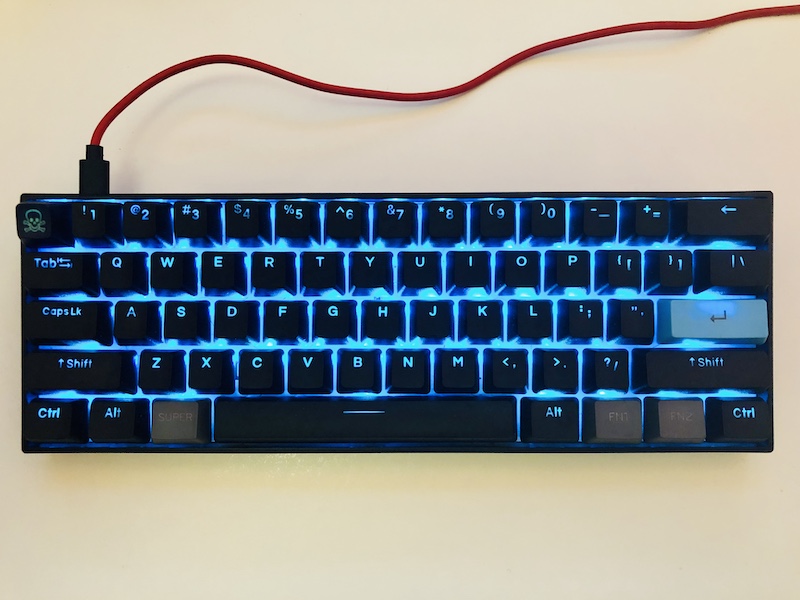 So basically not only I had to re-learn typing on a US keyboard, but also using a mech keyboard. I'm honest, first 15 days were a pain. I was barely able to hit 15wpm, with many errors. But after some time I was finally able to type again at a decent speed. Today, after 8 months, I can hit 67wpm which is the avg typing speed of a pro. How I achieved that?

Discipline and dedication. Especially in the first 15 days I had to dedicate a lot of time into reviewing my finger positions and try to use the right fingers on the right keys. Then it was all practice, practice and practice. I used these websites and they were really useful:

As always when I start to dig into new things I discover an entirely new world and also in this case it was not different. There are entire communities dedicated to mechanical keyboards, on Reddit, on Youtube, etc. There are even ppl doing reviews of how key switches sound, I'm not joking 😀